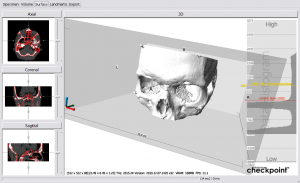 Mathematically, isosurfacing represents a single-value (hence the iso part) within a function. For example, a single altitude within a topography map results in isolines (or contour lines), which are the 2D equivalent to a 3D isosurface.

In medical imaging, an isosurface can be extracted from a CT scan. The CT scan represents tissue density values such as bone, soft tissue, air, etc. By selecting a single density value it is possible to visualize a surface corresponding to the selected tissue type.

How to extract isosurfaces

Checkpoint’s surface tab presents the loaded surface or the volume’s isosurface in the 3D window.

The data histogram on the right side of the 3D window can change the iso value used for isosurfacing. 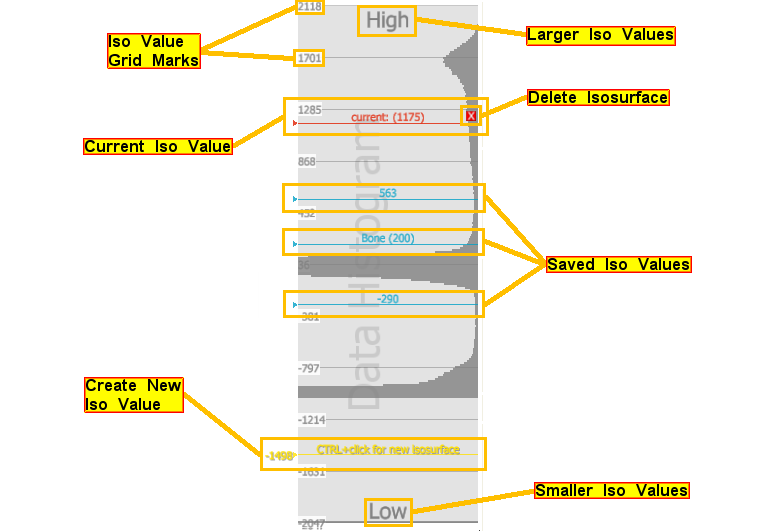 Hold CTRL and left click on the histogram to set a new iso value and recompute the isosurface.  Iso values may only be created when the surface mesh is visible.  Red indicates the current iso value, while blue indicates saved iso values, which can restore themselves by left clicking on the line below the number.  The current iso value may be deleted by left clicking the red “X” on the right side of the number in parenthesis.  This deletion option only appears when more than one iso value exists.

Your email address will not be published